Part of the “European Route of Historic Theatres” 2007-2009 project was an opera production that toured to theatres on the route:

Here words, music, noises, and dance form a symbiosis that overcomes all borders of the arts. Musicians and singer become an integral part of the choreography, dancers start playing instruments, and all performers let their vocal cords sound. 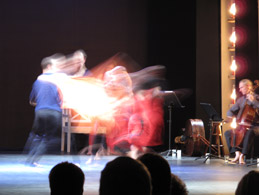 In the acoustic space, arias from operas by Georg Friedrich Handel – sung by soprano Gesine Nowakowski, accompanied on period instruments by the baroque orchestra Lautten Compagney Berlin – alternate with collages of noises from our time, mixed live by sound artist DJ cfm.

Within this acoustic space, a series of scenic pictures develops before the spectators' eyes, meditative and inspiring at the same time, open to all thoughts that arise in the spectator's mind. 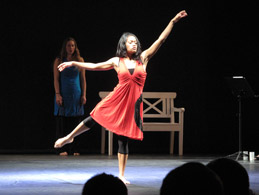 A coproduction of Lautten Compagney Berlin and Heike Hennig & Co (Germany) with the Vadstena Academy (Sweden), supported by the Culture Programme of the European Union. 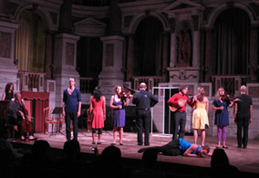 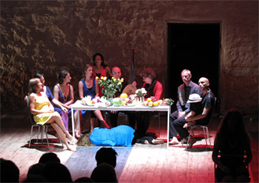