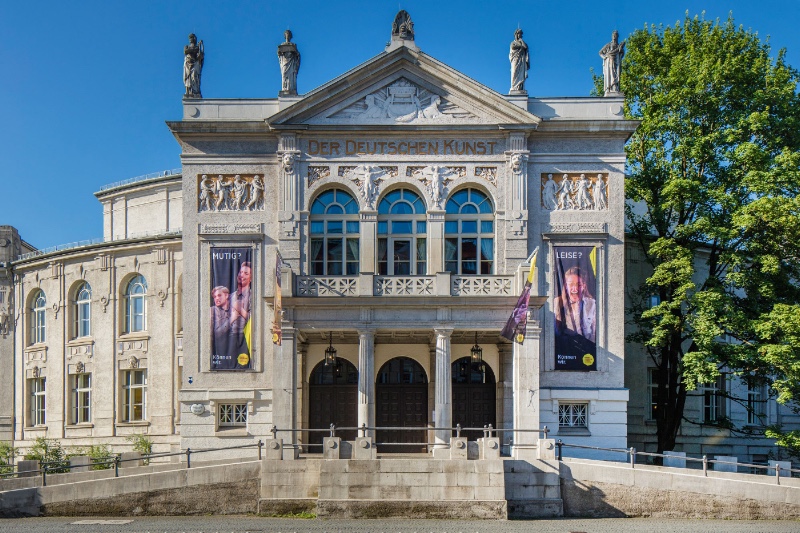 Prince Regent Theatre
In 1865, Richard Wagner had to flee from Munich, but in 1901 the residents of Munich eventually built the Prince Regent Theatre for the operas he composed. The architect Max Littmann was inspired by Wagner’s festival hall in Bayreuth and gave the theatre a modern look. It now hosts performances, concerts and events of all sorts. Visitors taking a tour through the playhouse will discover the well-preserved historical stage machinery. Littmann’s first theatre, the Kammerspiele, is not far away. 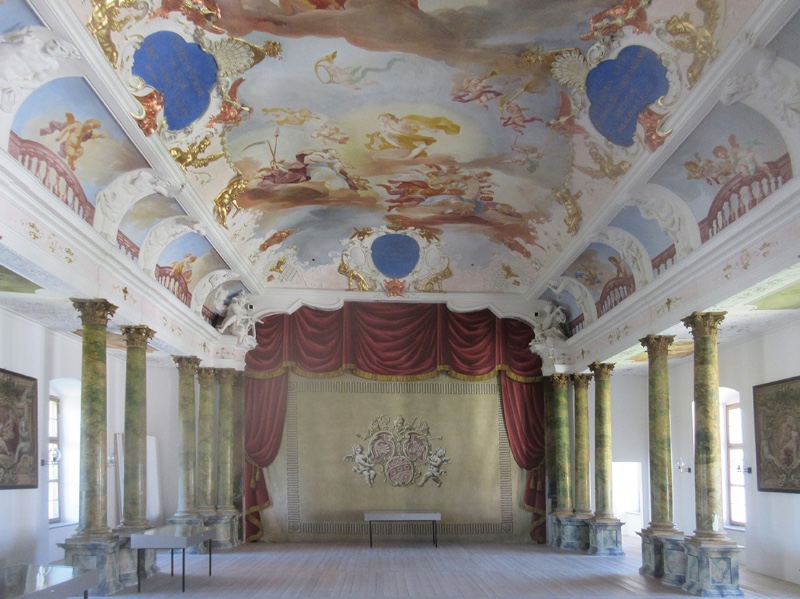 Theatre hall of the Benedictine abbey
Ottobeuren began to gain in importance when the baroque abbey was built, to which a theatre hall was added in 1725. Under the guidance of Benedictine monks, monastery scholars performed Christian plays as was customary in the 17th and 18 centuries in many monasteries. Nowadays, only two of these school theatres are preserved, Ottobeuren being the oldest of them. Although the theatre hall with its ceiling paintings, frescos and stuccos is no longer playable, it is part of the tour through the function rooms of the monastery. 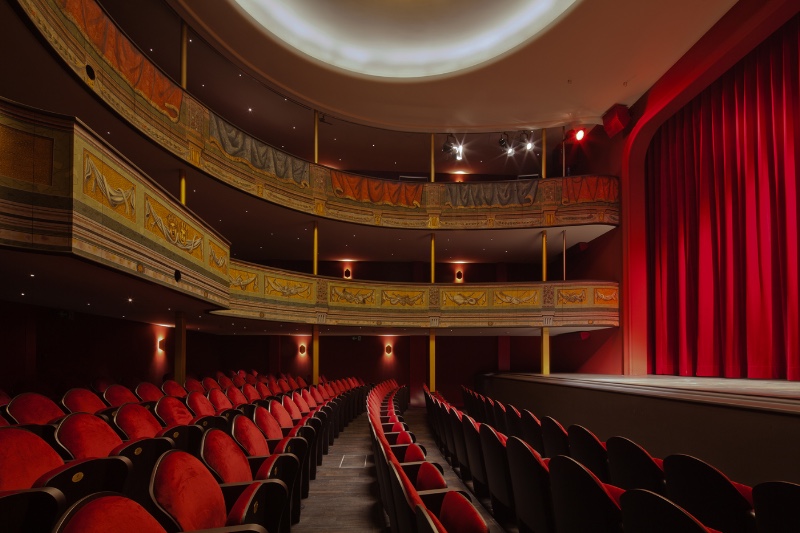 Municipal Theatre
Not far from the St. Ursen cathedral, right in the heart of the baroque town of Solothurn, lies the municipal theatre. Initially, it was part of a Jesuit grammar school and, in the 18th century, had a reputation of being the most beautiful theatre hall in the Confederation. During the renovation works in 2014, a forgotten treasure was brought to light: The ornamental paintings from 1779, thus far hidden under the balustrades of the Circles. After an extensive renovation programme, they now offer an appealing contrast to the modern staircases and foyers. The municipal theatre is performing from September to June. 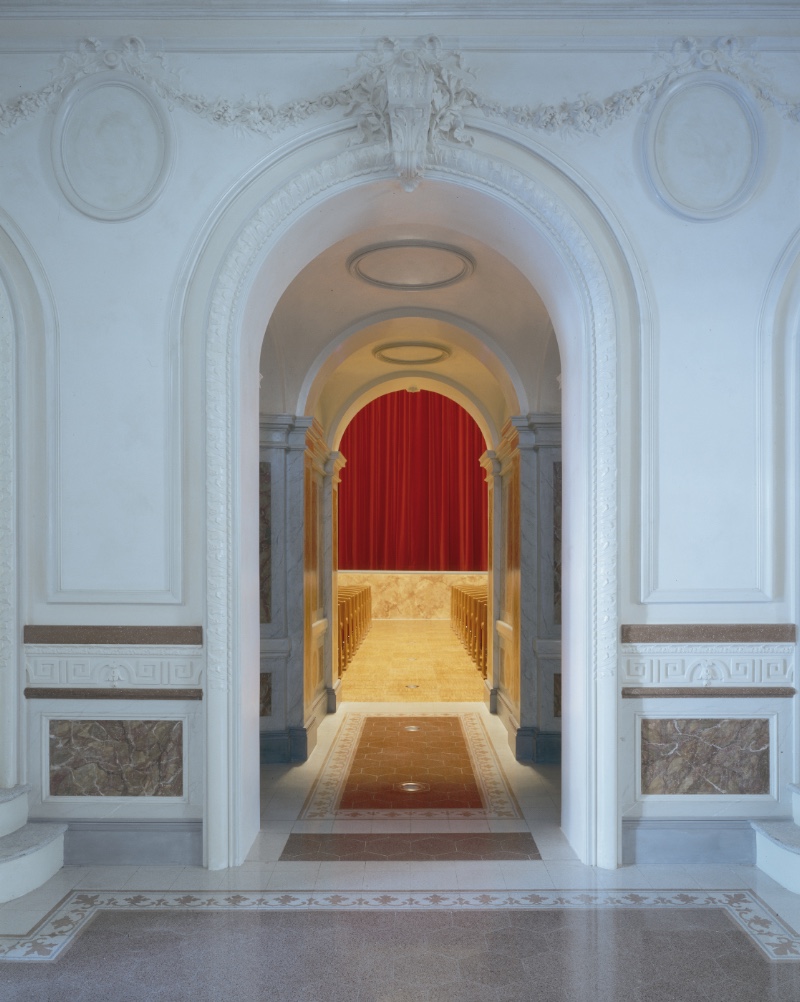 Stock Theatre
Three medieval castles, belonging to the UNESCO world cultural heritage, tower above the city of Bellinzona on the southern edge of the Alps. In the heart of the town, a typically Italian theatre can be found. A Milan architect was mandated by a corporation and sought inspiration from the Scala opera house in Milan. With its fresh green colours, white-golden stucco masks and decorations, the theatre is a faithful recreation of the original building inaugurated in 1847. The sides of the boxes are preserved in both circles. The theatre season runs from October to April. 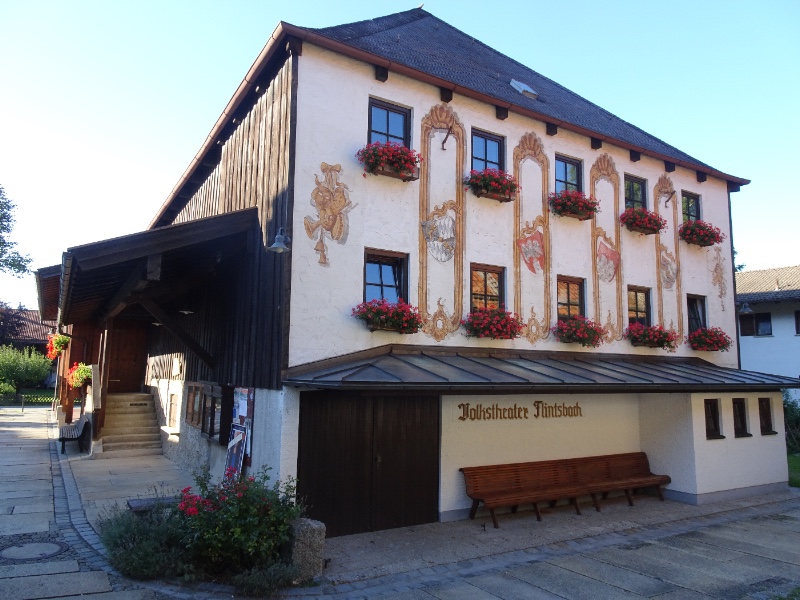 Peoples' Theatre
In Flintsbach, in the Bavarian valley of the Inn, theatre performances have been taking place since 1675. The theatre hall built in 1823 testifies to this tradition. The “theatre people” of Flintsbach – as the local amateur actors are called – have always been very talented and offer an array of sophisticated popular plays. The exceptional sliding and rotating sets, historical curtains and a sumptuous proscenium arch are maintained with loving care and are used very effectively. The baroque church of Flintsbach, the parish museum and the pilgrimage church on the Petersberg are equally worth a visit.

Visits: all year round on appointment 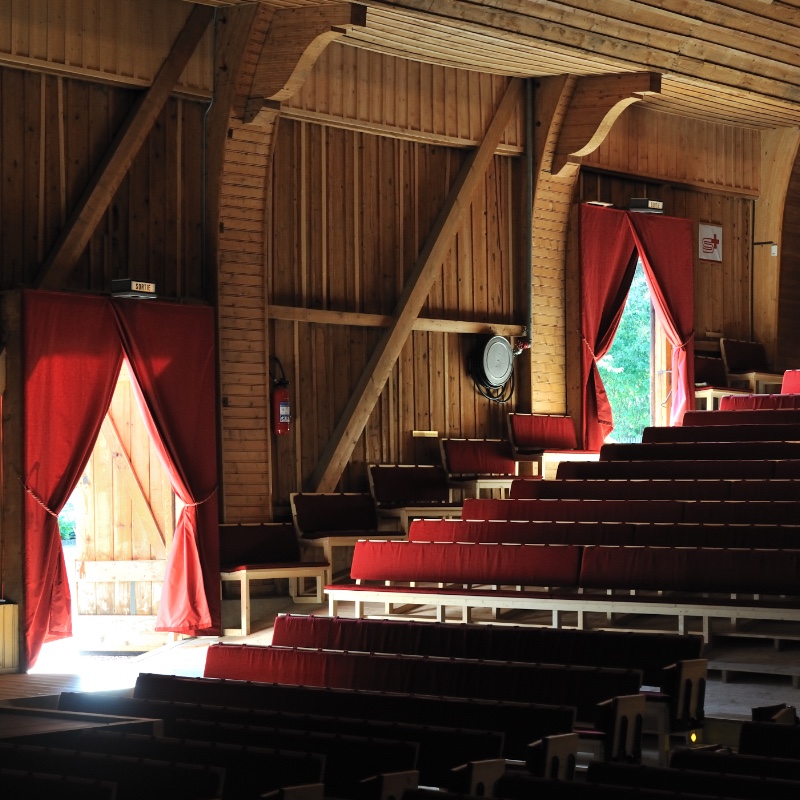 Theatre of the Jorat
The Théâtre du Jorat holds a special place in the cultural landscape of Switzerland. The impressive wooden construction of 1908 is outstanding. With a seating capacity of up to 1000, it is one of the biggest in the country. It is situated in the countryside, above Lake Geneva, in a little village with just 1200 inhabitants. Since its opening, the precept of founder René Morax, a renowned poet and director, applies: This theatre shows popular performances for all groups of the population and all ages. 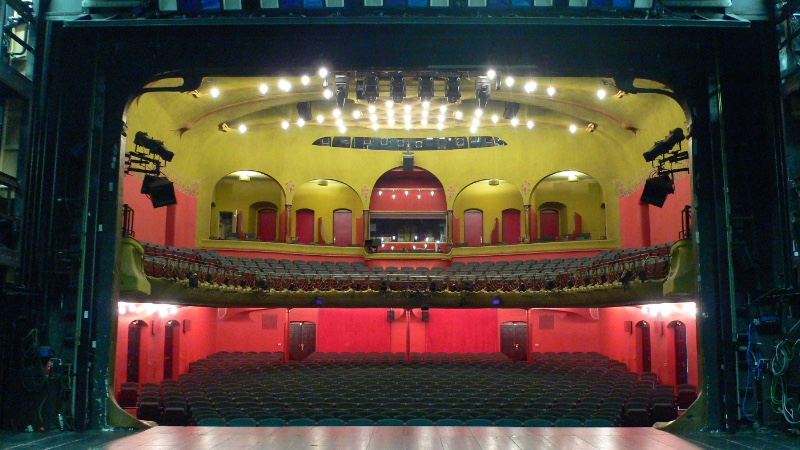 Munichʼs Intimate Theatre
This building, imagined by the son of a spirits producer and planned by architect Max Littmann, has been home to the Intimate Theatre since 1926. Its façade in a neo-Gothic style contrasts with the discreet interior and floral motifs designed by Richard Riemerschmid, which constitutes a spatial work of art of the Jugendstil. The layout as a studio theatre is perfectly suited for intimate plays. If you wonder what a festival hall designed by the same architect might look like, you can find the answer just a few streets away in the Prince Regent theatre (Prinzregententheater).

Visits: Public tour once a month, guided tours for groups on appointment

Of monks and farmers, citizens and festival goers

The Alpine route of the European Route of Historic Theatres leads through the South of Germany and through Switzerland, back to the roots of European theatre: theatres of holy orders and theatre halls, peasant, box, studio and festival theatres. 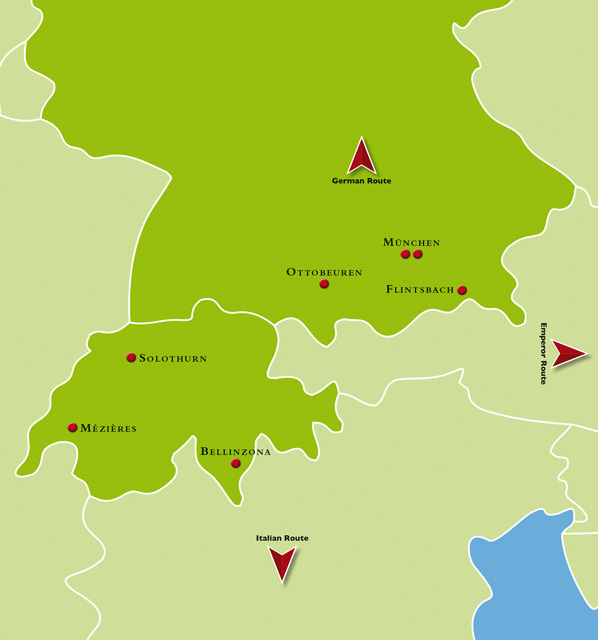 In the 16th century, the Jesuits integrated theatrical play into their education. The oldest theatre in Switzerland, the municipal theatre in Solothurn, was initially used by Jesuit monks. The oldest theatre of Benedictine monks on the other hand is a self-contained theatre that can be found in the baroque monastery of Ottobeuren (Germany).

The peasant population was equally keen on acting and hence built its own theatres. One of the most beautiful playhouses is located in Flintsbach (Bavaria).

The Teatro Sociale in Bellinzona is shows the archetypical auditorium with boxes all around, designed for dazzling Italian operas. The Münchner Kammerspiele, an art nouveau theatre, on the other hand has been exclusively built for intimate plays.

The Prinzregententheater (Prince Regent theatre) and the Théâtre du Jorat in Mézières show how different theatres can be: In Munich the visitors will find a magnificent building for Richard Wagner’s operas, whereas in the little village of Mézières, a big wooden theatre hosts the festival of poet René Morax.

Discover this theatrical variety in the surroundings of the stunning Alpine landscape and the Alpine foothills!